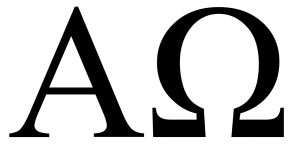 (Note: these examples below are just that; examples.  They are in no way intended to reproduce Koine Greek style, grammar, or syntax.)

Since I reference Greek so often on this website, I thought it might be helpful and fun to do a short little primer one how cool teh Greek language really is. 🙂

Contents show
Let’s Get started
Suffix = Function
But it gets better
A Better way to do Gender?
But you can combine them too!
Okay, last one – (feel free to skip)
Conclusion

The kid held the baby.

This leads us to one of the major differences between Greek and English:

Greek words can take several different endings to indicate their function in the sentence. We (sort of) have this in English too. For example, let’s take the following sentence.

He talked to him.

The order of the words tells you what’s going on. However, the endings do also. For example, you would never say:

Him talked to he.

It just sounds completely wrong to our ears. He/him are both 3rd person masculine pronouns, and therefore are basically the same word…  almost.  The difference is “he” is a subject form; “him” is a direct object form. We know this instinctively – so would never make the mistake – but we are rarely taught why (now you know).

So lets go back to our example sentence, “the kid held the baby”.  Now, we’ll add some endings to tell you the different words’ function in the sentence.

So, our example sentence “the kid held the baby” becomes:

You could write this sentence several ways, all with the same meaning… because of the endings.

You can move words around almost anywhere, and the reader will still understand who’s the subject of the sentence! Like so:

But it gets better

Let’s say we wanted to make it more than one kid holding the baby. In English, we typically add an “s” to make things plural (one kid > many kids). In Greek, it’s similar.

Remember, in our example here, we added “on” to the end of a word to make it the subject. Let’s make an addition to that rule:

The kidos held the babydon.

Now, you have multiple kids holding the baby. (Of course, that might be hard if they tried at the same time…)  You’ve told the audience not only who is the subject of the sentence, but how many there are… are with a simple two-letter ending.

A Better way to do Gender?

But now, let’s get even crazier. Let’s say we wanted to tell the reader the gender of the kid. Our English word “kid” is what’s called a “neuter” word. That means it doesn’t tell you whether the kid is a boy or girl. If you wanted to say the kid was male or female in English, you would need to either add another word or change a word. You could say:

But in Greek, you just need to change a single letter!

Remember, you can tell almost everything about a Greek word by the ending of the word.  Change the ending, you change everything. For example:

So, check this out.

That tells you a single male child held the baby.

The kiden held the babydon.

That tells you a single female child held the baby.

But you can combine them too!

For example, check out this chart.

The kidas held the babydos. (multiple male kids held more than one baby; but the genders of the babies aren’t specified because of the “neuter” ending.)

Literally “the punched the”, which would be gibberish in English.  But – because of the endings – that would be a perfectly legitimate sentence in Greek. It means: “the males punched the male”.  It would probably be considered poor writing though.

However, we don’t know anything else about them because “the” doesn’t give more information.  It might makes sense as part of a larger unit though; i.e. with more sentences around it. (for example “The old men snuck up on the robber.  Theas punched thedan.”)

There’s more I could explain, but I wanted to keep this short and fun.  Enjoy knowing more about Koine Greek than 90% of Christians… just don’t try to use my hypothetical endings to read real Greek.  I made them up and they have no meaning outside the examples in this article. 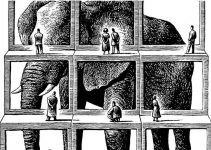 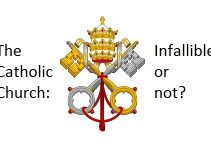