I put love in quotes because our English word “love” has a lot of linguistic baggage.  It has so many meanings it’s almost meaningless these days.

Not so with the Greek word(s).

Like a lot of Greek words, it has a specific and technical meaning that is often completely lost on English readers. In my humble opinion, The Greatest Commandment is the second worst case of mistranslation in the entire Bible.

34 But when the Pharisees heard that he had silenced the Sadducees, they gathered together.

35 And one of them, a lawyer, asked him a question to test him.

36 “Teacher, which is the great commandment in the Law?”

39 And a second is like it: You shall love your neighbor as yourself.

Now that we know what we’re talking about, let’s break down the words.

According to Merriam-Webster’s dictionary, love means:

I would like to point out that in English, the word “love” is primarily concerned with feelings of attraction or affection.  Our word Love is nearly always a noun (person, place, thing, or feeling) and rarely a verb (action).  It can be a verb, but typical usage is primarily feelings based.

That would make The Greatest Commandment primarily based on how we feel about God, not what we do.  That stands in complete opposition to the Greek word in this passage.

The four Greek words for “Love”

Again, I put ‘love’ in quotes because the Greek words for love don’t necessarily have the same meaning as our English word.

“στοργέ” (storgé).  It’s used twice in the New Testament with a negative prefix (like amoral, meaning not moral).  The version with the negative prefix is “ἄστοργος” (astorgos) means “without natural affection”, referring primarily to family. i.e. “not loving their family”.

“φιλέω” (phileó).  is the closest to our English word love, but doesn’t have a romantic connotation.  It’s used of friends and means “to show warm affection in intimate friendship, characterized by tender, heartfelt consideration and kinship.”  It can also be used of things as in Matthew 6:5, where the hypocrites “love” (phileó) to be seen praying.Notice that phileó is very close to our English word “love”; only it lacks the romantic component. (Suggesting a close friendship instead of romantic attraction)

“ἀγάπη” (agapé).  This is the word Jesus uses in The Greatest Commandment, only He uses the verb form “ἀγαπάω” (agapaó).

As usual, Strong’s Concordance gets the definition of agapé completely wrong.  The ever popular BlueLetterBible.org is based around Strong’s Concordance, and so gets it equally wrong too…  as usual (though at least they also have Thayer’s Greek Lexicon at the bottom of the page)

But here is what Strong’s says: (just realize it’s wrong)

The Strong’s definition of agapé leaves you with the same definition as phileó or our English word love.  i.e. it’s primarily about feelings. However, that is not what Jesus said.  Feelings are nouns.  However agapé isn’t a noun in the Greatest Commandment; it’s a verb.

Further, agapé doesn’t even refer to feelings in the noun form.

Most people will tell you agapé refers to “sacrificial love”,  with the idea that you “have such strong affection/phileó for” someone that you’d die for them.  A quick Google search will confirm this is the commonly held view.  However, no one quotes an actual Greek lexicon when they define agapé.

The Greek Word Agapé (translated love in The Greatest Commandment)

In Homer’s epic story The Odyssey, our hero returns home after 20 years to find his house filled with ruffians.  He disguises himself to infiltrate, then kicks them all out. He convinces his wife that it’s him, and she says this:

Don’t be angry, or upset, because I didn’t give you this welcome (agapé) the moment I saw you.

(You can even read it in Greek if you have the knowledge.)

Hmm, doesn’t sound like “love” does it?  I quoted this bit of Ancient Greek literature to show the actual Greek usage of agapé isn’t what you’ve been taught in church or seen translated in your Bible.

Note: Greek words have different forms depending on their function. Specifically, agapé has two forms that are relevant here:

With that in mind, let’s look at the definition in the noun form.

26 agápē – properly, love which centers in moral preference. So too in secular ancient Greek, 26 (agápē) focuses on preference; likewise the verb form (25 /agapáō) in antiquity meant “to prefer” (TDNT, 7). In the NT, 26 (agápē) typically refers to divine love (= what God prefers).

Now let’s look at the verb form, which is used in The Greatest Commandment.

With the believer, 25 /agapáō (“to love”) means actively doing what the Lord prefers, with Him (by His power and direction). True 25 /agapáō (“loving”) is always defined by God – a “discriminating affection which involves choice and selection” (WS, 477). 1 Jn 4:8,16,17 for example convey how loving (“preferring,” 25 /agapáō) is Christ living His life through the believer.

I’ll re-quote the most relevant part of the definition:

It’s not about feelings.

It never has been.

It’s about actions; it’s about choice.  God wants us to actively choose Him over everything else.  It’s The Greatest Commandment.

The Greatest Commandment is to actively show preference for what God wants instead of what you (or anyone else) wants… and to do this with everything you have and everything you are.

This commandment is unlimited in scope.

It applies to everything.

For example, in several places the Bible tells us to obey the governing authorities.

Romans 13:1 Every person is to be in subjection to the governing authorities. For there is no authority except from God, and those which exist are established by God.

Titus 3:1 Remind them to be subject to rulers, to authorities, to be obedient, to be ready for every good deed,

1 Peter 2:13 Submit yourselves for the Lord’s sake to every human institution, whether to a king as the one in authority, 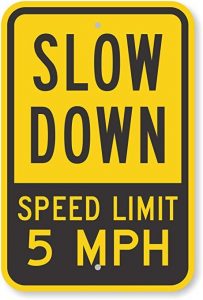 It’s God’s preference that you obey the government…  and that includes speed limit signs.  I picked speeding because it’s a “little sin” that almost everyone does… but it’s still a violation of The Greatest Commandment.

The command to obey governments – unlike The Greatest Commandment – isn’t unlimited in scope.  If a government requires you to do something that God wouldn’t prefer (immorality/sin), then you are required to “obey God rather than men” (Acts 5:29).

However, Last time I checked the Bible doesn’t forbid speed limit signs.  Therefore, “showing preference” to your desire to speed above God’s desire that you obey the government is breaking The Greatest Commandment.

In fact, all sin – big or small – is a violation of The Greatest Commandment.

Sin – by definition – is doing something that God doesn’t want you to do.  When you sin, you show preference to something else before God.  That violates The Greatest Commandment.  You might be tempted, but as long as you don’t act on the temptation sin doesn’t take place.

(We know this because Jesus was tempted yet never sinned.)

Please don’t misunderstand me, I absolutely believe that God cares how you feel.  In fact, He cares more than anyone else.  He is the “Wonderful Counselor” and he heals the brokenhearted.

God is more concerned about your behavior than your feelings

We know this because discipline doesn’t make us feel good; it makes us behave rightly.

6 For the Lord disciplines the one he loves, and chastises every son whom he receives.”.

9 Besides this, we have had earthly fathers who disciplined us and we respected them. Shall we not much more be subject to the Father of spirits and live?

10 For they disciplined us for a short time as it seemed best to them, but He disciplines us for our good, that we may share His holiness.

11 For the moment all discipline seems painful rather than pleasant, but later it yields the peaceful fruit of righteousness to those who have been trained by it.

My late father used to say:

The end of it is this: Show preference to what God wants in everything you do.  That is the Greatest Commandment.

39 And a second is like it: You shall show preference to your neighbor as yourself.

Just like the command to obey government isn’t unlimited, neither is the command to “show preference” to your neighbor.   The Second Greatest Commandment is qualified by the phrase “as yourself”.

Show preference to your neighbor as yourself.

In Matthew 7, Jesus gives what has become known as the Golden Rule. (and no, it’s not “the one with the gold makes the rules.”)

12 “So whatever you wish that others would do to you, do also to them, for this is the Law and the Prophets.

Few people know that the “Golden Rule” wasn’t quite original to Jesus Himself.  The idea goes back to Rabbi Hillel a few decades before Jesus time.  (Hillel’s grandson Gamliel mentored the apostle Paul; Gamliel also recommended not persecuting the early church in Acts 5.)

Rabbi Hillel said it this way:

“What is hateful to yourself, do not do to your fellow man. That is the whole Torah; the rest is just commentary. Go and study it.”  Rabbi Hillel (Talmud Shabbat 31a)

Put simply, that’s how you “show preference to your neighbor as yourself”.

You don’t make your entire life about our neighbor like you do God.  However, you are required to show preference to your neighbors in the same way you want them to “show preference” to you.

An encouraging side note

If you are feeling discouraged and like you have trouble trusting God or following Him, you haven’t necessarily violated the Greatest Commandment. Remember, it’s about obedience.  It’s about your actions, not your feelings.

So keep obeying even when life gets rough; especially when you don’t feel like it.  In doing so, you will obey the Greatest Commandment, no matter how you feel.

The Greatest Commandment isn’t about feelings; it’s about actions.

Truly, every command in the entire Bible can basically be summed up by these two commands. 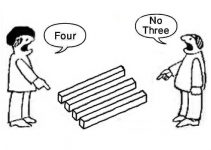 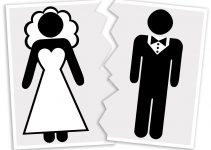