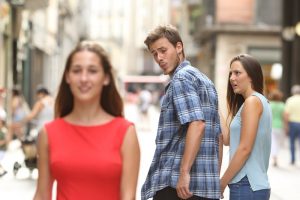 A clarification before we begin: I’m not about to say that leering at women with drool running down your chin is acceptable.  That is not the point.  I’m not looking to condone dishonoring behavior; I’m hoping to help good men with some needless guilt.

That said, let’s dive in.

Contents show
Get Thee to the (original) Greek
Lust or Coveting?
Now, back to Matthew
So Let’s Talk About What Coveting REALLY is
A Note About Adultery
Now, back to the Matthew (again)
Conclusion

Get Thee to the (original) Greek

(Note, all scripture quotations are in the NASB unless otherwise noted.)

28 but I say to you that everyone who looks at a woman with lust for her has already committed adultery with her in his heart.

Because of bad translation, this verse has caused a lot of needless guilt among Christian men for nearly 2000 years. (Ever since they stopped reading it in the original Greek.)  Probably the biggest problem is the omission of Greek words which change the meaning of the passage.

And yes, that happens a lot.

To start with, let’s get a somewhat stilted (but more accurate) translation of this passage from my favorite interlinear Bible.

Matthew 5:27-28 (interlinear, which is why it sounds a little funny)

27 You have heard that it was said “not shall you commit adultery”.

28 I however say to you, that everyone looking upon a woman in order to lust after her already has committed adultery with her in the heart of him.

This is my first point: English translations often skip or omit Greek words to make the sentence flow in English.  It’s a downside of translating because no translation is perfect.  Unfortunately, that’s not the case here.  Like I said, they’ve omitted a Greek word for seemingly no reason at all.

I don’t understand why.

The Greek word translated “in order to” is the Greek word “πρὸς” (pros).  It’s a preposition with the meaning:

4314 prós (a preposition) – properly, motion towards to “interface with” (literally, moving toward a goal or destination).

The Greek word Pros conveys intention.  Jesus was talking about intentional, purposeful looking/staring here and that’s the first crucial point.  Jesus is not talking about an accidental glance or catching a bit of flesh out of the corner of your eye.

Some people say that just thinking a woman is attractive means you’re flirting with lust/adultery.  Put simply, that’s stupid.  There is nothing wrong with thinking a woman is beautiful, or that she has a beautiful figure. That is not what Jesus is driving at in this passage (which I’ll prove).

So no, thinking a woman is beautiful is not flirting with lust… Because Jesus is not even talking about lust in this passage!

Let’s talk about the word that’s translated “lust” in that passage. It’s the Greek word “ἐπιθυμῆσαι” (epithumeó).  First, I’d like to point out that epithumeó is a verb.

A noun identifies a person, animal, place, thing, or idea/feeling.  A verb (other than a linking verb) indicates action.  The word translated “lust” is a verb and thus it indicates action, not a mere feeling or passing thought.

So we have the Greek word “Pros” which shows the looking is intentional and purposeful.  Now we have the Greek verb epithumeó, which again brings out the purposefulness of the action here.  It means to show focused desire on something you really want.

Further – and I can’t stress how crucial this is – you must “greatly desire” and/or “show focused passion” and do it on purpose to be “epithumeó”.  Again, this isn’t a passing glance or fancy.  It’s not even (necessarily) a double take when an attractive woman walks by.

This is focused, intentional, passionate desiring.

The word translated “covet” above is the same word used in Matthew: epithumeó.

Really think about it.

When Paul quotes the 10th commandment (you shall not covet), he uses the same word that Jesus uses.  Could they have a similar meaning?  Absolutely.

Notice the symmetry there.

Epithumeó can have a positive connotation.  Jesus Himself uses it in Luke 22:15.  But in context, it certainly seems that Jesus is referring to the 10th Commandment about coveting.

Now, back to Matthew

The word that Paul uses for “covet” when quoting the 10th commandment is the exact same word that Jesus uses.  Further, the context dictates that Jesus is referring to coveting (not lusting), in violation of the 10th Commandment.  However, it’s translated “lust” instead of covet because…

I have no idea.

As we’ve already seen, it’s a strong focused desire that’s not necessarily sexual in nature. With that understanding, I’m going to alter the NASB translation slightly to bring it more in line with what we’ve learned so far.

28 but I say to you that everyone who gazes intently at a woman in order to covet her has already committed adultery with her in his heart.

Makes a big difference doesn’t it?

This understanding totally changes the meaning of the passage from “don’t look at women” to “don’t covet women”.  Coveting is clearly a sin and you can find many references to it being one.

However, we don’t have the full meaning of the passage yet.  There are still more pieces to the puzzle.

So Let’s Talk About What Coveting REALLY is

I could write paragraphs about what coveting really is.  However, I’ll let Dennis Prager explain because he does such a marvelous job. (The video is less than 5 minutes.)

There’s nothing wrong with admiring what another person has.  Sin/coveting only comes when you desire to take those things away from another person to own them yourself.

A Note About Adultery

If you require further evidence that Matthew 5 is talking about coveting, then look no farther than the definition of the Greek and Hebrew words that we translate “adultery”.  In English, adultery means “a married person having sex with a person other than their spouse“.  However, the Greek and Hebrew words have a more narrow definition for “adultery”.

I have a whole article about adultery where I prove the statement above at length.  Easton’s Bible Dictionary agrees with my definition and defines adultery as:

conjugal infidelity. An adulterer was a man who had illicit intercourse with a married or a betrothed woman, and such a woman was an adulteress. Intercourse between a married man and an unmarried woman was fornication. Adultery was regarded as a great social wrong, as well as a great sin.

If a married man has sex with an unmarried woman, that’s sexual immorality or fornication.  Both are serious sins and I am not saying it’s acceptable because it definitely isn’t.

Sex outside of marriage is a serious sin.

It’s a very serious sin.  it’s so serious that I devoted an entire article to proving that it’s not only a sin, but a wicked, senseless sin that God promised to judge.

I’m not trying to minimize that at all.

Now, back to the Matthew (again)

In Greek, they don’t have a separate word for “wife” vs “woman”.

They are the exact same word and only context can tell you which is which. (which creates a headache interpreting some passages…)  So, what if Jesus wasn’t talking about just any woman, but specifically a married woman?  Remember, a man can only commit adultery if he has sex with another man’s wife.

The point Jesus is making is about adultery.  Biblical adultery can only be committed when a married woman is involved.  Therefore, the women mentioned here must be married.  If she isn’t, then you simply can’t have the sin of adultery.  It’s literally impossible.

Please keep that in mind as you read.

Matthew 5:27-28 (Altered NASB from before with the proper meaning inserted)

28 but I say to you that everyone who gazes intently at a [married] woman in order to covet her has already committed adultery with her in his heart.

All of a sudden, the whole verse makes perfect sense.  Jesus says that if you covet your neighbor’s wife, you’ve as good as committed adultery with her in your heart.  The issue is coveting another man’s wife, not noticing an attractive woman.

No, men shouldn’t stare open-mouthed and drooling at attractive women.  However, it’s not wrong to notice beautiful women.  It’s rude – and unloving/dishonoring – to gawk and stare though so please don’t do that.  However, just because you noticed that a woman is beautiful – or even has a great figure – doesn’t mean you’ve violated Jesus’ words in Mathew.

You cross the line when you switch from noticing/admiring to coveting.

Men: keep it classy and treat all women with honor as if they were daughters of the Most High God…  because they are. (Isaiah 45:6-7) 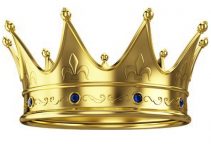 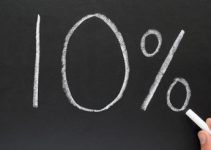