Ever since Darwin’s famous “Origin of Species”, Atheists have said that science has made God obsolete.  They have proclaimed that “God is dead” and that we have no need for such foolish and backward things like religion or God.  I disagree, because if you look at the laws of physics carefully, they actually require God to exist.

This law – one of the most fundamental laws of physics – requires the existence of God.

Well let me ask you a question.  If you can’t create or destroy matter, then where did all the matter around us come from?

Science tells us that it’s literally impossible to create matter, but the matter around us had to come from somewhere.  The question is where.

Science has puzzled over this question for a long time and hasn’t come up with an answer, partially because there IS no answer in Physics.  Since matter cannot be created or destroyed, then in a certain sense it’s almost impossible for this universe to exist because it would’ve been impossible to create it.

One option sometimes suggested is the idea that the universe is infinitely old.

They say it didn’t need to be created because it has always existed and thus had no beginning or need for creation.  That’s a fine theory, but there’s a problem.

And that problem is running out of gas. 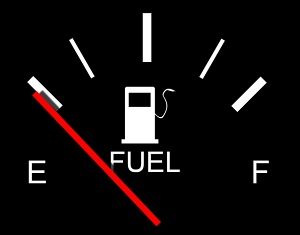 You see, all of the stars in the universe burn gas to give off heat and light.  This gas can last for a long time.

In fact, if infinity was only 100 trillion years, that’s still long enough for even the most long-lived star to burn itself out a hundred times over.

Put simply, if the universe was infinitely old then it would’ve run out of gas a LONG time ago.

In fact, the second law of thermodynamics makes an infinitely old universe impossible.

But it still doesn’t answer out original question.

If you can’t create or destroy matter, then where did all the matter around us come from?

No one in the atheist-dominated scientific community can give an good answer.  Worse, they rarely ask the question.  But it’s a good question, and one worth asking.

How can you create something if there’s a law that says you can’t create anything?

The only answer is by breaking that law.  Someone (or something) must have broken the laws of physics for our universe to exist.

There’s just no other explanation.

If that someone (or something) has the ability to break the laws of physics, then creating matter would be no problem at all.  In fact, nothing would be a problem.

Again, how can you create something if there’s a law that says you can’t create anything?  The only way is to break that law.

Therefore, the laws of physics require that God (or at least a God-like entity) to exist.

But it does prove – based on the laws of physics – that God exists.